Time to get excited about our new collection for Men!

What's in a name?

Have you ever noticed that some Dust pieces have names and others don't?  For example, we named 'Rift' but only numbered 'Cabinet No.4'.  It all has to do with my rather quirky, engineer/artist/designer philosophy on what defines each piece's identity.  For example, 'Together-We-Can' is based on the concept of several people working together to reach a lofty goal; quite literally lifting each other up to reach it.  That design embodies a philosophical concept, an idea; therefore I felt it needed a name!  But, 'Bookcase No.5' was designed to embody a particular curve or shape.  So since that piece is more of design study, it was named. 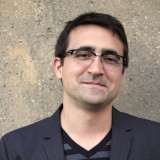 Jasna gets into her work

Be the first to know about upcoming sales and promos. Get a 10% discount coupon when you subscribe!

Sign up for our newsletter for updates on new pieces, exclusive discounts, and early access to sale pieces!